BJJ Rolling Tips: How to Get the Most Out of Every Class (With Examples)

I can’t get on the mats as much as I’d like. So I was looking for some BJJ rolling tips… and found these ways how to get the most out of every Jiu Jitsu class

Now, some of these are common sense…

…but some are surprising to me!

They’re ways how to: 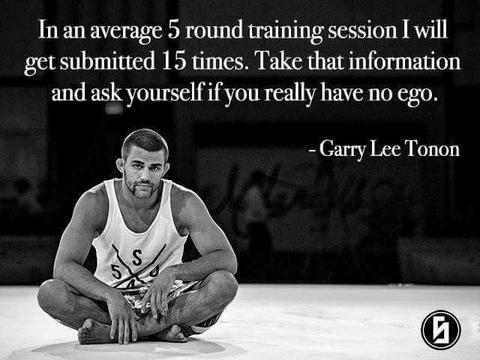 Don’t start rolling on your knees

This is a great quote from UFC Heavyweight and Metamoris Heavyweight Champion Josh Barnett:

Live wrestling/rolling with both wrestlers/grapplers starting on their knees. Practically anyone who trains in the current grappling climate has seen it.

You’re wasting your time (or your student’s time in the case of coaches) doing it.

First and foremost fights and grappling matches don’t start on your knees.

In fact I can’t think of any sports that do besides Inuit Kneel Jumping (Google that sh*t. It’s a real sport) and last I checked that’s not the sport we were training for.

I can remember one of the first things my high school wrestling coach said to me “Nice to meet you.” and the second thing being “GET OFF YOUR F**KING KNEES!”

It’s not just him. There’s plenty more who have the same view:

Takedowns from The Knees in BJJ Are a Waste of Time

So what should you do?

Well, unless your school has a rule against it…

Start rolling in a position you want to work on

Now, there’s probably not too many training partners who want you to start in side-control to let you work on that head-arm triangle…

…but there’s plenty that will let you start in a weaker position. 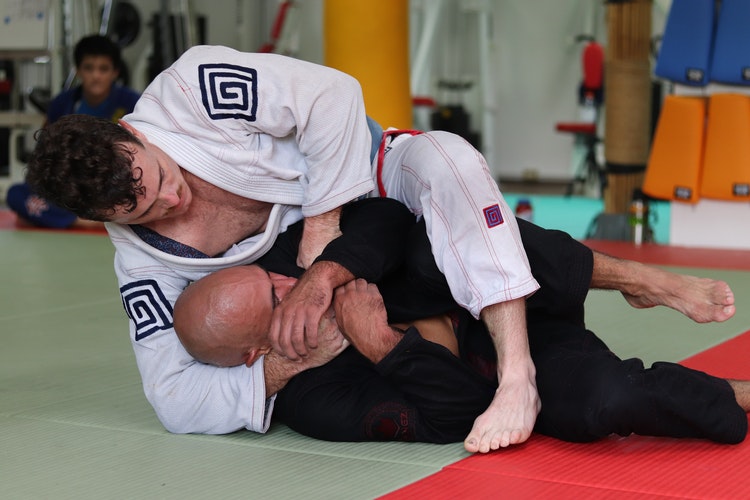 Evolve MMA (a great blog to follow) have this to say:

It might be a huge blow to your ego, and you might get tapped out, but it’s OK. The more you practice this position, the better you’ll get and eventually you can add it to your arsenal of techniques.

You may not realize it, but it’s one of the easiest ways to improve in a short amount of time. 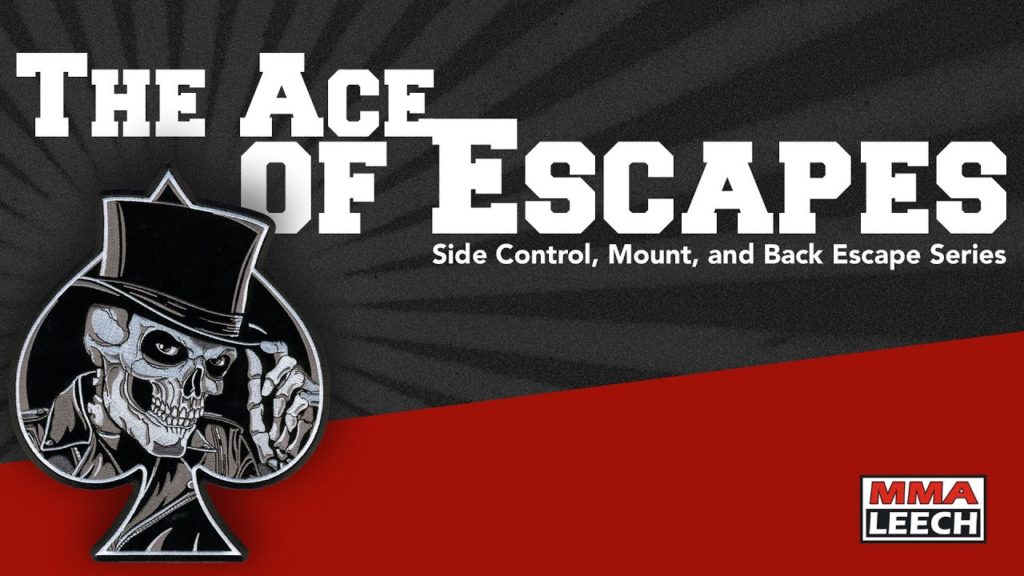 [I’ll do a review soon, but The Ace of Escapes by Gustavo Gasperin has been awesome]

Of all of the BJJ rolling tips, this one was the biggest surprise for me:

This is from John Danaher, one of BJJ‘s greatest coaches. This is why:

So what happens if you do spend most of your time rolling with higher belts? 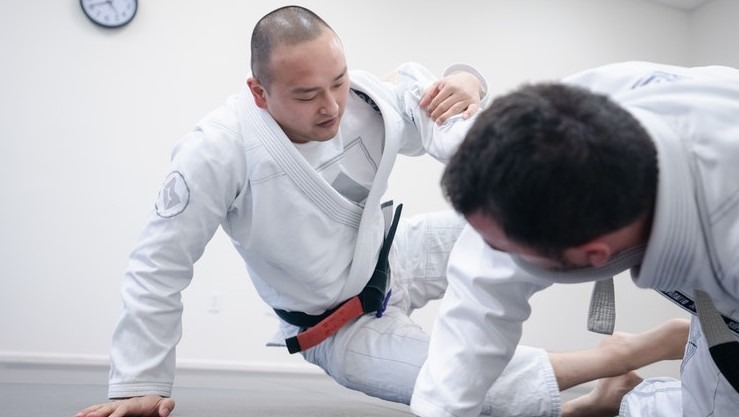 …and then as you get into competition mode, you start training with guys who are your own skill level or better

He’s not alone with this viewpoint:

Read: Should You Roll With Higher or Lower Belts in BJJ? (And Why It Matters)

But… static stretches before class are a waste of your time. They won’t make you more flexible, and it doesn’t decrease your risk of injury.

Instead: Do BJJ specific movements and solo drills. 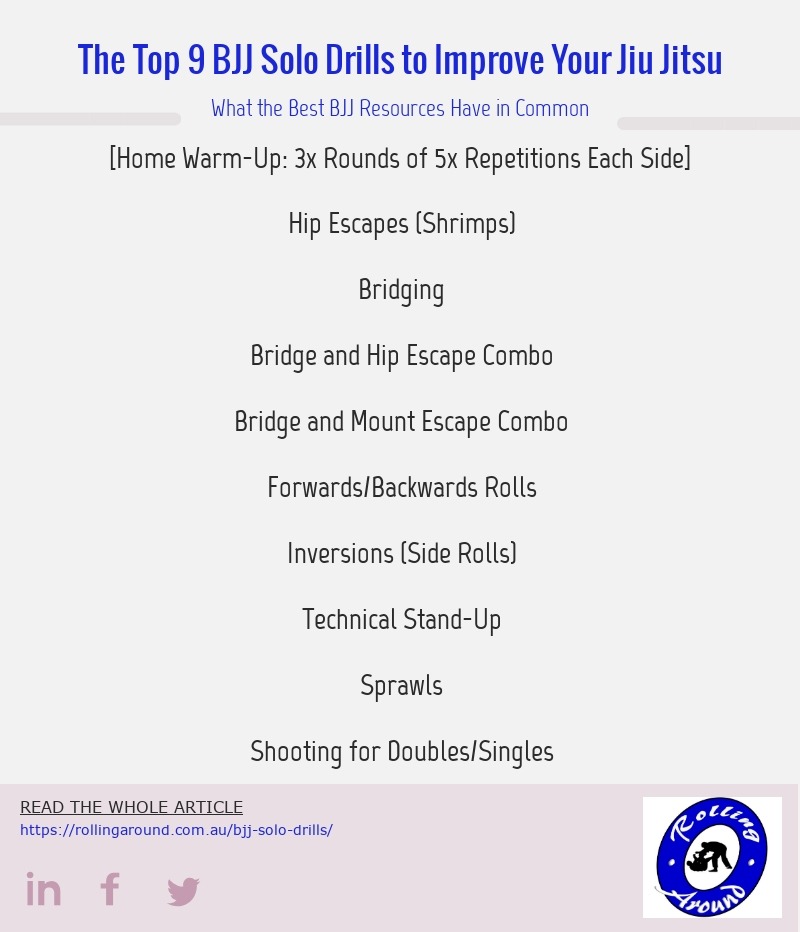 These will move your joints through the ranges of movement you’re about to experience. They’ll prepare your body for what it’s about to do.

And it’s another chance to refine your movement patterns.

Read: The 9 Best BJJ Solo Drills that Will Improve Your Jiu Jitsu

(or check out Yoga for BJJ)

Use a training journal and take notes

The guys over at Fenix BJJ summed it up really well:

…if you can’t guarantee your presence for more than 2-3 times a week, it will definitely be helpful to take notes. Try to be as detailed as possible in your note-taking. After all, this will help you go over everything you learned in classes you managed to attend.

Even students who can attend training sessions regularly do it. After all, writing new information down is a proven method of memorizing it better and faster.

Breaking Bad is one of my favourite TV shows, so I got this BJJ Training Journal from Amazon:

Set a training goal for every class

In Breaking Muscle’s article about goal setting while rolling, this quote really stood out:

“…if you approach rolling with the mindset of, “How many people can I tap out,” then you are going to end up with a short and unsuccessful BJJ career. Rolling is not about how many people you “beat” or the number of points you score. It’s about improving.”

Some examples of some good “Rolling Goals” I’ve come across include:

These BJJ rolling tips can be summed-up in one paragraph:

Warm up with solo drills. Spend most of your time rolling with people of lower skill. Don’t start on your knees. Start in a position you want to improve at. Have a training goal for each session.

Comment below: what are YOUR favourite BJJ rolling tips?

3 thoughts on “BJJ Rolling Tips: How to Get the Most Out of Every Class (With Examples)”