My ‘BJJ Back Attacks Formula’ Review: Here’s What I Really Think!

Don’t pay for an instructional series, there’s plenty of free stuff on YouTube! Why purchase a BJJ back attacks formula, when all the pieces are already out there? Yep, that was me.

My name is Michael Peachey, and this article is to review the BJJ Back Attacks Formula

that’s made by Stephan Kesting’s Grapplearts.

Yep, I never wanted to pay for a BJJ information product. Not only did I think that you could find it all for free anyway… but my main hesitation was because I didn’t think my brain could handle it. I mean, training a couple of times a week? I already couldn’t manage to put everything I was learning into practice!

What’s the point of getting an encyclopedia’s worth of BJJ information just dumped into my brain? It’d be a jumble, and I wouldn’t be able to do anything with it.

But then I had to miss a few training sessions… 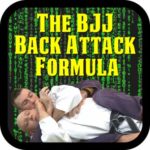 My Review: Here’s My Thoughts and Opinions On the BJJ Back Attacks Formula

So there was a few weeks of not learning anything BJJ related.

I thought, “well, if I’m not training, I may as well use some of the fees I’ve saved to try and keep my BJJ mind active”.

And, for the most dominant position in BJJ… my back attack game sucked.

So when I came across this, I thought why not? That Stephan Kesting guy seems like a pretty nice dude… and I almost felt like I owed him something from the amount of free stuff I’d already watched…

Who’s it suitable for?

I was surprised how this content was layed out. It’s like a step-by-step instructional. The way it’s explained means that as a newish white belt you would get a ton out of this. As someone who has been grappling for 10+ years, I still got A LOT out of this.

When I bought it, I thought this was just about back attacks. Not really. 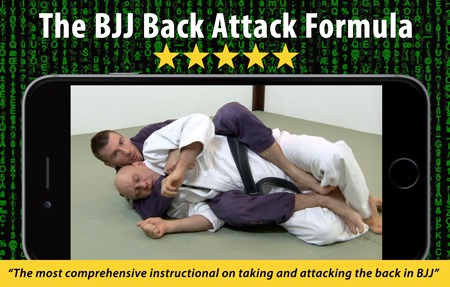 Sure it’s always hard to come up with a product name… but I think calling this the “BJJ Back Attacks Formula” really doesn’t sum up what this is all about!

I was very surprised at just how much was included. It covers:

What’s more, for each of these sections there’s 3-6 videos. That’s 3 hours and 20 minutes of getting to, maintaining, and finishing in the back position.

I’ve found that by using the BJJ Back Attacks Formula I was able to:

Even though the BJJ Back Attacks Formula was comprehensive enough for me, they kept on referring to Ryan Hall’s Back Attack DVDs. Made me wonder if there was anything they’ve skipped?

I haven’t seen the Ryan Hall DVD’s myself, but the reviews on Amazon average at 5.0 stars:

Sounds like it’s more in-depth, whereas the BJJ Back Attacks Formula is chunked up into smaller bite-size pieces. 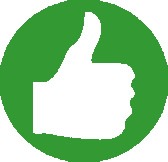 For someone who was so sceptical about buying a BJJ information product, there’s quite a few things I like about it. So what’s good about it? 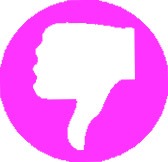 To be honest I didn’t really find any faults with the BJJ Back Attacks Formula but here’s a couple of things I thought about it:

My Results From Using the BJJ Back Attacks Formula

One of my initial fears about this product was around “what’s the point of knowing more back attacks, if I can’t get there.”

But, after using just part of the BJJ Back Attacks Formula, I was able to make changes to my game the very next session!

I chose to focus on two different back takes (one from guard, and one from mount). I don’t know whether it was the techniques or just my change in focus, but I definitely got the back more the next session.

Finishing? I was better able to make my existing BJJ Back Attacks into a Formula.

And, to be honest, I’ve still got a lot of the content to “master”

BJJ Back Attacks Price: What A Bargain, Here’s How I Got Mine Cheap!

I bought this volume by itself on Amazon (only available on Android devices). That’s less than the price of a casual visit at a lot of places.

I’ve since bought more… check out the options for buying the whole BJJ Formula series at Grapplearts.

Not only is there more information in this than a lot of classes you’ll go to, you can keep going back to it.

To me, that’s a really good deal.

Conclusion: Very Happy With the BJJ Back Attacks Formula

Overall, I’m very impressed with the BJJ Back Attacks Formula. More than back attacks, it helped me improve my taking, controlling and finishing from the back. And, because I have it saved on my iPad, I can keep going back to the content.

I highly recommend this product, especially if you cant get to training as much as you’d like.

Well, thanks for reading this BJJ Back Attacks Formula review. I hope it answered any questions you may have. But if you do have any questions please leave a comment below.

3 thoughts on “My ‘BJJ Back Attacks Formula’ Review: Here’s What I Really Think!”